Energy storage is the capture of energy produced at one time for consumption of that energy at a later time. Energy comes in various and in different forms which includes radiation, mechanical, potential, kinetic and in various other forms. A device or a machine which stores and captures the energy is known as an accumulator or a battery. 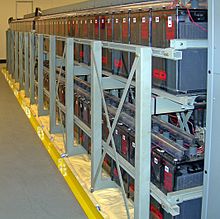 Some very common examples which we can find for energy storage are rechargeable batteries which stores a chemical energy and through an energy conversion process turns it into electricity for the operation of a mobile phones, lamps etc. Also a hydroelectric dam stores energy in a reservoir as potential energy and then converts it into electricity via operating turbines. Some of the traditional sources are most common like fossil fuels such as coal, gasoline which store energy in the form of dead fossils which got buried deep under over the years and stored energy in the chemical form.

Hydroelectric dams with reservoirs can be operated and functioned to generate electricity and power from the potential energy of the stored and captured water in the dam and driving it into a water turbine and a generator. The power which is created depends on the volume of water as well as on the difference in the height between the source and the water’s outflow. 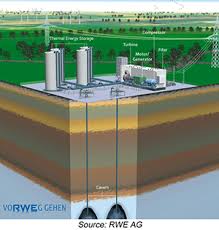 This is a method by which energy is stored with the help of compressed air which can be used later on for various purposes. Compression of air forms heat which if stored is used, whereas the expansion of air requires heat. So, compressed air energy storage uses the heat and radiation to produce electricity. The compressed air is then stored in some underground reservoir such as a salt dome.

These fuels are produced by undergoing biological processes such as – agriculture, dead and decay of organic matter, anaerobic digestion. These are good substitutes and a replacement of fossil fuels as they are renewable in nature. These include- biodiesel, biomass, vegetable oils etc. Examples are – methanol, syngas, dimethyl ether etc.

Shop Now
×
Chat on WhatsApp
1
Hello
Powered by
Hello,
How can I help you?