Earlier in February 2018 with the collaboration of the Ministry of Renewable Energy (MNRE) and Rocky Mountain Institute had issued a joint report on India’s Energy Storage Mission. In this an expert and opinionated committee of a few representatives from various departments of ministries, industry associations and the research institutions and organisations had proposed a draft for a relevant set up of National Energy Storage Mission in India.

According to the committee, a draft is to be prepared under NSEM with a goal and aim to form a regulatory framework and enabling policies and regulations that would encourage the energy storage sector in India by manufacturing, reducing the costs, enabling better managerial skills towards it.

NITI Aayog along with Rocky Mountain Institute gave a three tier measure approach for the growth of energy storage in India. They gave as:

Both of them have concluded that production of domestic batteries within the countries is an important change in the supply of EVs. According to the study conducted by NITI Aayog and Rocky Mountain Institute around 25-40 percent of the in all economic opportunity represented by India’s EV ambitions can be achieved even in the least favourable scenario.

India is in a position in the present era that with the present economic environment currently in the country it can from partnerships produce lithium ion batteries and also others can undertake a more steady mechanism of developing new battery chemistries. In the recent study conducted by BNEF it has been concluded that acquisition of the supplies of raw materials in India is not a tedious task and is available in sufficient amounts and it can very well match up to the increased demands of the market.

According to the report and study by the BNEF, they discovered that there was no problem with the long term supply of lithium for the production of the lithium ion batteries. Under best and optimal conditions for lithium demand, only a small share of extractable lithium reserves will be required to meet up the estimated demand for batteries in the year 2030 of about 60000 metric tons which accounts of 0.7% of the total global reserves. 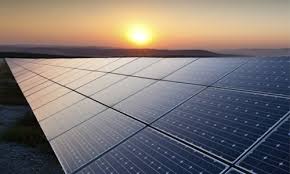 The temporary shortage of the supplies of raw materials that arise due to expansion of the industry can be matched by extraction of more of lithium by mining. But as India is not a country which has vast reserves of lithium and cobalt which are important constituents for production of batteries India can build up manufacturing capabilities that can capture on a major and quiet a significant portion of the supply chain.

Now according to INDIA ENERGY STORAGE ALLIANCE (ISEA), they said that Central Electricity Authority is considering taking on regulation for the energy storage for some large scale solar projects in India ranging between 100MW and 200MW. 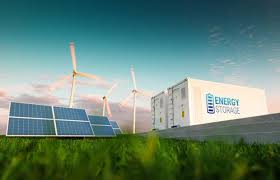 It is important to understand the effects of imports of the battery, battery components, raw materials for production of batteries which increases its production in the near future will have on the balance of trade and on the balance of payments. Since the batteries are a one-time investment which is done for the production of electric vehicles. So it acts as an asset as in a contraction for the vehicles is driven by oil and diesel. Thus for every unit of a battery imported it will automatically reduce the dependency on the oil and diesel and eventually imports of oil products will get reduced to a great extent in the long run and it will improve the trade balance as well as India’s exposure to oil price fluctuations and shocks.

Shop Now
×
Chat on WhatsApp
1
Hello
Powered by
Hello,
How can I help you?